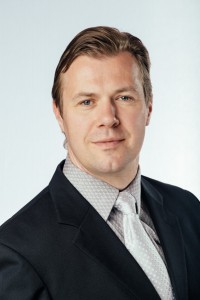 Rainer Vilu (bass) studied singing at the Georg Ots Tallinn Music School under the guidance of Henn Erik. He then graduated from the Voice Department of the Estonian Academy of Music and Theatre in 2002, taught by Professor Mati Palm, and finally rounded off his education with a master’s degree at the same academy.

Rainer joined the Estonian Philharmonic Chamber Choir in 1999. He auditioned for the choir first, which was followed by a wonderful opportunity to sing solo in Händel’s oratorio ‘Israel in Egypt’. Rainer was welcomed into the EPCC with open arms after his performance.

His first season with the choir was certainly one to remember for him because of its intensity; playing at the former factory and St Nicolas’ Church, and tours in Israel and Australia greatly increased his repertoire. The following seasons with the choir have created long lasting memories, notably the opera productions at the Aix-en-Provance Festival in France, a tour with ‘Der fliegende Holländer’ by  Wagner and Dietsch, a production of Mozart’s ‘Idomeneo’ at the Bremen Music Theatre, and Mozartwoche in Salzburg with the conductor Marc Minkowski.

Rainer is in high demand as a soloist. His solo appearances include Haydn’s ‘Armida’ (Idreno) and ‘Il mondo della luna’ (Ernesto) in the Nargen Opera and Tõnu Kaljuste’s projects, in Britten’s ‘Curley River’, Bach’s St Matthew’s Passion, St John’s Passion and Magnificat under the conductor Paul Hillier, Vivaldi’s ‘Beatus Vir’, Gregory Rose’s ‘Danse Macabre’ (Death). Since 2009 Rainer has been singing in the male quartet of the EPCC and from time to time gives recitals alongside the beloved Estonian singer Georg Ots.

Rainer considers singing in a choir to be one of the most special and diverse professions, because he has the chance to sing under inspiring conductors at superb concert venues.