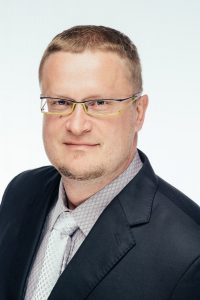 Olari Viikholm (bass-baritone) graduated from the Estonian Academy of Music and Theatre voice department in 2012, and is currently studying for a master’s degree. His vocal trainers have been Professor Jaakko Ryhänen, Professor Mati Palm and Professor Ivo Kuusk. In 2003, Olari was awarded the II prize at the prestigious Mart Saar Singing Competition in Estonia.

Olari kicked off his musical career as a singer at the Vanemuine Theatre in Tartu. Between 2000 and 2006 he was part of the Estonian National Opera and was welcomed back as a guest soloist in 2012. Since 2013 Olari has been part of the Estonian Philharmonic Chamber Choir.

Olari’s operatic achievements include the title role in Verdi’s ‘Falstaff’ at the Château de Rochambeau festival in France, Sharik in Timo Steiner’s opera ‘2 pead’ (2 Heads) at the Nargenfestival under Tõnu Kaljuste, the title role in Rossini’s opera ‘Il signor Bruschino’, Morales in Bizet’s ‘Carmen’, Mr. Slook in Rossini’s ‘La cambiale di matrimonio’, Bob in Menotti’s ‘The Old Maid and the Thief’, and Sciarrone in Puccini’s ‘Tosca’. His ventures into the operetta world include roles in Stothart’s ‘Rose-Marie’, Strauss’s ‘Eine Nacht in Venedig’ and ‘Wiener Blut’, Lehár’s ‘Die lustige Witwe’.

Olari is more than happy to get involved as both a choir and solo singer for all EPCC concerts. He relishes concerts conducted by Tõnu Kaljuste, whom he admires for his ability to create an inspiring atmosphere full of energy for musicians and audience alike. Olari’s more important solo roles have been when in collaboration with Tõnu Kaljuste, for example in Rossini’s mass ‘Petite Messe solennelle’ and Beethoven’s ‘Missa solemnis’, in Mozart’s Requiem under the baton of Eri Klas, Bach’s St John’s Passion, and Monteverdi’s ‘Vespers’, Fauré’s Requiem etc.

For a period Olari presented a TV show about the world of theatre. Olari also plays sports, specifically basketball. He is a five-time champion in basketball at the Estonian Theatre Games.