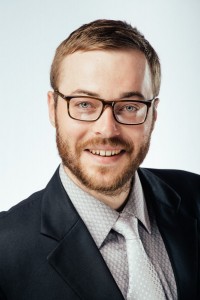 Madis Enson (tenor) was born in Kuressaare, the capital of the biggest Estonian island, Saaremaa. His first choir experience was at the age of 5 when he sang in the Kaarma School Boys’ Choir. He graduated from the secondary school in Saaremaa, where he was involved both as a choir and solo singer. His dedication to singing was rewarded by a scholarship of fine arts from his home city in 2003.

While studying natural sciences at the Tallinn University, Madis also sang in the Estonian Boys’ Choir and Revalia Male Chamber Choir under Hirvo Surva. His first tutor was Henn Eerik, who focused intently on developing Madis’s vocal skills. The next logical step was to join a professional choir, namely the Estonian National Opera Chorus, where his vocal coach was Ludmilla Kõrts. Madis has also sung in the Voces Musicales chamber choir, which is known for striving for professionalism. This led him to audition for the Estonian Philharmonic Chamber Choir and as a result, Madis’s long-time dream to become a member of the EPCC came true in 2013.

Madis is very excited by the idea that the choir is a living and changing organism, where he can take part in an interesting and continuous musical process, developing himself mentally as well as technically.

In his spare time Madis enjoys playing guitar and singing in an ensemble, seeking to increase his musical ability whilst developing himself. He revels in hiking and doing sports, preferring basketball and bicycling. He is also a big fan of championship games, being a typical “sofa sportsman” and watching them on TV from his cosy sofa.