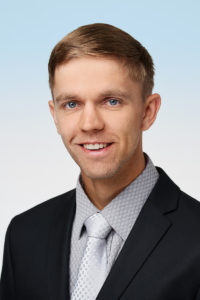 Janari Jorro’s (baritone) life as a singer began in the Võru Boys’ Choir, conducted by Mare Visnapuu. At the same time, he sang in an ensemble and entered various singing contests as a soloist. Upon the recommendation of Visnapuu, Janari began his piano studies at Võru Music School. He continued his studies in classical singing at the Heino Eller Tartu Music School (teachers Henn Pai, Viviane  Kallaste and Taavi Tampuu) and at the Estonian Academy of Music and Theatre (EMTA, Docent Taavi Tampuu). He has also participated in the masterclass of Eva Märtson.

As a professional singer, Janari has worked at the Opera Choir of the Vanemuise Theatre (2008–2012), the Opera Festival Choir of Savonlinna (2015–2017) and the Estonian National Male Choir (2017–2020). In the latter he also worked as the voice coach. He has participated in the Lübeck Choir Academy.  From the season of 2020/2021, Janari is a member of the Estonian Philharmonic Chamber Choir.

In his spare time Janari likes to busy himself with designing trees and bushes. Since childhood he has been active in sports and his favourite sport is volleyball.