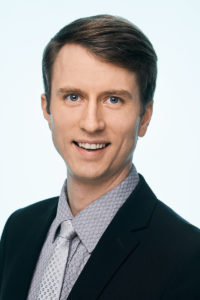 Gert-Heiko Kütaru (baritone) comes from Tallinn. He began his music studies at the Tallinn Secondary Music School, specialising in piano. His journey as a choir singer began in the Estonian Boys’ Choir under the conductor Venno Laul and continued in the Boys’ Choir of the National Opera Estonia and in the Revalia Men’s Chamber Choir, conducted by Hirvo Surva. Since 2013, Gert-Heiko has sang in the chamber choir Voces Musicales under conductors such as Stephen Layton, Ainars Rubikis, Peter Spissky, Risto Joost and many others. From 2019, Gert-Heiko is a singer at the Estonian Philharmonic Chamber Choir.

One of the cultural pieces which has impacted him the most, is a scene from Lennart Meri’s documentary “Kalevala’s Voices” (1985), where the chamber choir, conducted by Tõnu Kaljuste, performed Veljo Tormis’ work “Curse Upon Iron”. According to Gert-Heiko, one of the most unique and enriching sides of the chamber choir is its ability to express the primal, yet human forces of this work with such persuasiveness that the Estonian folk song traditions which offered inspiration to Tormis combine into an authentic and powerful whole on concert stages all across the world.

In addition to singing in the choir, Gert-Heiko’s interest in music extends to playing instruments. For over twenty years, he has participated in various wind orchestras as a percussionist.

In addition to music, Gert-Heiko is passionate about Nordic cultures. He has studied in the Swedish-biased class of the Tallinn Gustav Adolf Gymnasium, studied the Norwegian language and -literature at the University of Tartu and supplemented his studies at the universities in Helsinki and Bergen. In his spare time he likes to do qigong and yoga and enjoy the arts.