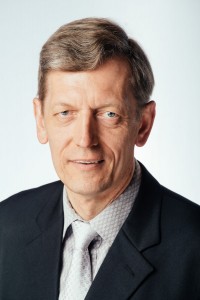 Aarne Talvik (bass) was born in Tallinn. He graduated as a pianist from the Estonian Academy of Music and Theatre in 1981 under Professor Bruno Lukk. In 1988 he attended master classes at the Savonlinna Opera Festival under Professor Hans Hilsdorf. Aarne has also studied singing under the guidance of Leelo Talvik. From 1982 to 1994 he was a coach at the Estonian National Opera.

Aarne started as a choir singer in the Ellerhein Chamber Choir, which was formed in 1981 and was indeed the basis for the formation of the current professional Estonian Philharmonic Chamber Choir. Today, Aarne is one of the few founding members of the EPCC who are still singing in the EPCC.

Aarne has sung soloist parts in many large-scale productions by Bach and Haydn, as well as in Arvo Pärt’s ‘Passio’, and Philip Glass’s ‘Koyaanisqatsi’. Aarne also revels in making music in chamber ensembles. One of his most memorable concerts was when the male singers of the EPCC had a wonderful opportunity to work with the Berliner Philharmoniker and Claudio Abbado, performing Igor Stravinsky’s ‘Oidipus Rex’.

In addition to singing Aarne is indispensable for the choir as a stage manager, maintaining the technical equipment and expertly ‘setting the scene’ before the concerts. He says that walking his child and two dogs recharges his batteries in preparation for the busy days around performances.