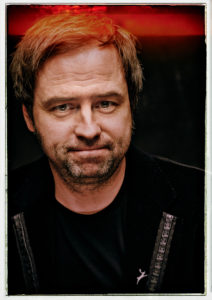 The concert is produced by MITO SettembreMusica

MITO SettembreMusica Festival is hosted each year in autumn in two major cities of Italy, in Milan and Turin featuring 160 concerts of classical music with international soloist and ensembles from all over the world. This year the Estonian Philharmonic Chamber Choir is invited together with the Tallinn Chamber Orchestra to perform Tõnu Kõrvits's recently premiered composition 'Moorland Elegies'.

Tõnu Kõrvits is a rising star of Estonian contemporary music, more and more frequently performed in Estonia and foreign countries. His composition 'Moorland elegies' (2015) is a choir cycle on the texts of Emily Brontë. The composer has said, "'Moorland Elegies' is a journey into the darkest, most mysterious corners of loneliness: to where one doesn’t dare to peek twice." The selection of poetry in 'Moorland Elegies' contains bright, sorrowful, dramatic, and divine scenes that form no coherent plot. The work was awarded the Cultural Prize of the Republic of Estonia in 2016.