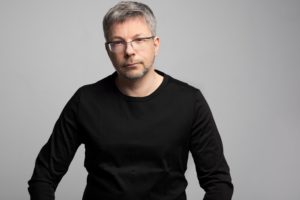 Ferenc Liszt
Fantasy on Motives from Beethoven’s Ruins of Athens

With the concert ‘Beethoven & Kotzebue’, we shed light on an exciting collaboration that took place more than 200 years ago. Namely, Ludwig van Beethoven has written music for the plays The Ruins of Athens (Die Ruinen von Athen) and King Stephen (König Stephan) of August von Kotzebue, an outstanding playwright, theatre director, and estophile, who was one of the founders of the Tallinn Professional Theatre and has worked in Tallinn and Germany. One of the plays will be performed for the first time in Estonia by ERSO and the orchestra’s Chief Conductor and Artistic Director Olari Elts, young actors and musicians of the Estonian Academy of Music and Theatre, and the Estonian Philharmonic Chamber Choir.

The best-known musical number of these plays is the famous ‘Turkish March’, which is often performed by both pianists and orchestras. This time, the audience will hear the well-known theme of ‘Turkish March’ and other melodies from Beethoven’s drama The Ruins of Athens in the arrangement of transcription master Ferenc Liszt. The soloist will be pianist Sven-Sander Shestakov, who has won prizes at several competitions, including the ERSO Prize at the Estonian Piano Competition (2019).

The work The Land Beyond by Madli Marje Gildemann, a young Estonian composer who is currently studying composition with Mathias Steinauer at the Zurich Academy of Arts, will also be premiered.

The concert is produced by the Estonian National Symphony Orchestra.

The organizer reserves the right to make changes to the event program.