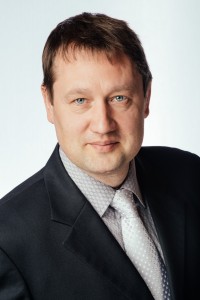 Toomas Tohert (tenor) studied classical singing at the Estonian Academy of Music from 1988 to 1995 under Rostislav Gurjev. He completed his education under the guidance of Virgilijus Noreika along with master classes in Denmark. During his studies he attended music projects and performances as a choir singer in Savonlinna and Turku in Finland.

Since 2000 Toomas has belonged to the Estonian Philharmonic Chamber Choir. He has performed as a soloist in many large-scale performances, including Haydn’s ‘Missa Sancti Nicolai’ and ‘Harmoniemesse’, together with the Estonian National Symphony Orchestra under the baton of Tõnu Kaljuste. His further soloist appearances have been in Veljo Tormis’s ‘Estonian Ballads’, Bach’s ‘Weihnachts-Oratorium’, and roles in Joseph Haydn’s operas ‘Il mondo della luna’ and ‘Armida’ with the Nargen Opera etc.