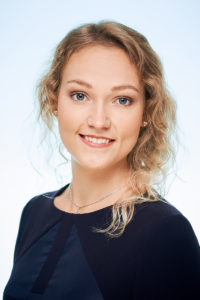 Mariliis Tiiter (soprano) was born and raised in the small town of Kadrina in Lääne-Viru County.  For eight years, she studied the flute and the piano at the local children’s music school and, later, singing at Rakvere Music School under the tutelage of Kelli Pärnaste. For as long as she can remember, she has been singing either as a soloist or in a choir.

Despite her dream to become a historian, after graduating from high school, Mariliis proceeded to study music pedagogy at the University of Tallinn. She studied conducting under the tutelage of Merike Aarma and Raul Talmar. Just before finishing her studies, she worked as a kindergarten music teacher, but soon realised that she enjoyed singing much more than teaching. After graduating from university, Mariliis studied classical singing at the Georg Ots Music School (teacher Eha Pärg). Her goal was to be a singer in the Estonian Philharmonic Chamber Choir. Her audition was successful and, since 2019, Mariliis is a member of the Estonian Philharmonic Chamber Choir.

In her spare time Mariliis enjoys spending time with close friends, exercising, watching films and reading books. In addition to singing in the choir, Mariliis works at the National Opera Estonia, not as a singer but as a hostess making sure that each guest feels welcome and finds their place in the concert hall or in the restaurant.

Rumour has it that Mariliis was able to sing before she was able to talk. Therefore singing is part of her natural intelligence.