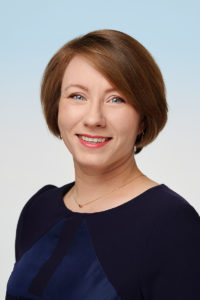 Maria Valdmaa (soprano) has received international acclaim as a performer of both early and contemporary music. She appears regularly with some of Europe’s foremost ensembles, and has performed across the USA and Asia. Maria began her vocal studies at the Georg Ots Music School in Tallinn, and continued at the Royal Conservatory of The Hague with Rita Dams and Barbara Pearson. She obtained her bachelor’s and master’s degrees in Early Music and Historical Performance Practice there, under the supervision of Jill Feldman, Michael Chance and Peter Kooji.

Maria is frequently engaged as a soloist for the large-scale works of the Baroque and Classical eras, including Bach’s John Passion, Matthew Passion, Mass in B Minor and cantatas, Mozart’s Requiem, Monteverdi’s Vespers, Handel’s ‘Israel in Egypt’, ‘Semele’, ‘Alexander’s Feast’ and others. In the field of contemporary music, Maria is particularly noted as an interpreter of the music by Arvo Pärt, most recently performing as a soloist in ‘Adam’s Passion’ at the Konzerthaus Berlin with the Estonian Philharmonic Chamber Choir and Tõnu Kaljuste, with whom she enjoys a close collaboration. Maria has also worked with distinguished conductors including John Butt, Kaspars Putniņš, Thomas Zehetmair, Lars Ulrik Mortensen and Andres Mustonen.

Maria has performed as a soloist with many leading orchestras and choirs, including the Estonian National Symphony Orchestra, Tallinn Chamber Orchestra, Sinfonietta Riga, Hong Kong Sinfonietta, Concerto Copenhagen, Dutch Radio Choir etc. As a consort singer, she has worked with ensembles including Il Gardellino, Dunedin Consort, Vox Luminis, Nederlandse Bachvereniging, Collegium 1704 and Huelgas Ensemble. Since 2020 Maria Valdmaa is the member of the Estonian Philharmonic Chamber Choir.