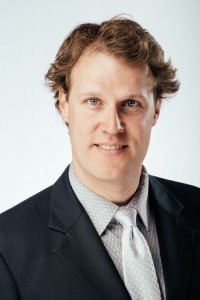 His life was changed when he happened to be part of an immensely successful production of ‘Songs of Estonian Men’, based on Veljo Tormis’s music, which was produced by Peeter Jalakas and Tõnu Kaljuste. As a result of his performance, Tõnu Kaljuste invited him to join the Estonian Philharmonic Chamber Choir in 2009, where he has been singing to this day.

Henry has also featured as a soloist in some large-scale productions, such as ‘Adam’s Passion’ by Arvo Pärt-Robert Wilson and Arvo Pärt’s ‘Passio’. He is continually training his vocal skills with Iris Oja and Uku Joller. Furthermore, Henry belongs to the male quartet of the Estonian Philharmonic Chamber Choir and to the instrumental ensemble Kriminaalne Elevant (Criminal Elephant), the latter performing film music.

Besides singing, Henry is a passionate collector of 1970s rock music vinyls and is fond of restoring old cars. He is a proud owner of a particular Volvo from 1967, known also as Mr Bean’s Mini.