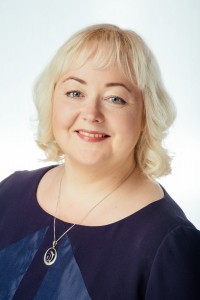 Annika Lõhmus (soprano) comes from Pärnu, the summer capital of Estonia, but because of her music studies she has been a citizen of Tallinn for many years now. Annika graduated from the Georg Ots Music School and the Estonian Academy of Music and Theatre, receiving a bachelor’s degree in singing under Anu Kaal in 2004 and a master’s degree under Nadia Kurem in 2012.

In 2001, while still studying, she joined the Estonian Philharmonic Chamber Choir. She has always been devoted to Baroque music, hence why she emphasises the importance of Bach music master classes by Peter Kooij, and her solo performances in Bach’s ‘Johannes Passion’, Mass in B Minor and  Magnificat, Händel’s ‘Dixit Dominus’. Annika has sung several times at the Haapsalu Early Music Festival concerts.
In her spare time Annika loves to read science fiction and fantasy, and listen to jazz music.

One momentous and quite literally breathtaking experience, which seemingly changed her forever, was while in the high mountains of Beaver Creek (USA). The choir had to give a concert at high altitude where the oxygen level was extremely low. During the interval Annika needed to lie on the ground to catch her breath and next day she discovered something new, the ability to create poems.