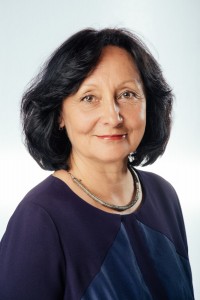 Kaia Urb (soprano) is one of the most acclaimed oratorio singers in Estonia and abroad. She graduated from the Tallinn State Conservatoire and continued her studies with Lilian Gentele in Stockholm. Between 1982 and 2016 Kaia was a much appreciated soloist and choir singer of the Estonian Philharmonic Chamber Choir. Currently she is engaged as a vocal coach and a member of Artistic Board of the EPCC.

She is also an excellent chamber musician and gives concerts with guitarist Heiki Mätlik and the Camerata Tallinn ensemble. She has performed music by many Estonian composers such as Mägi, Sink, Tamberg, Tormis and Tulev, has recorded several CDs and has been a regular guest at many Estonian music festivals, including the Haapsalu Early Music Festival and the David Oistrach Festival.