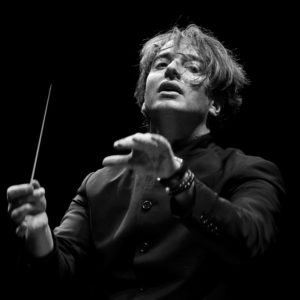 To mark the 250th anniversary of Ludwig van Beethoven's birth, the Oslo Church Music Festival presents his magnificent Missa Solemnis at the festival's opening concert. Beethoven is not primarily known as a church music composer, however Missa Solemnis is one of the composer's most extensive masterpieces and a key work in church music history. Beethoven spent almost three years composing Missa Solemnis, while at the same time composing his monumental 9th symphony and the piano sonatas Op. 109–Op. 111. Beethoven was a child of the French Revolution and its ideals of freedom, equality and fraternity. Beethoven's deep-seated belief in the unifying and bridge-building power of music shines through the score to Missa Solemnis. Here it is not religious humility and modesty that is conveyed, but a belief in humanity and the power of each individual. Missa Solemnis is based on the standard liturgical elements and is written for full orchestra, choir and four soloists. The work is very challenging to perform, both in terms of the demands of each individual musician and the overall scope of the Mass. This is a grand opening of the anniversary festival with Missa Solemnis, performed by the critically acclaimed ensembles Le Cercle de l'Harmonie from France and Estonian Philharmonic Chamber Choir. They are supported by a new Norwegian ensemble of young talented vocalists. This ensemble is led by Edle Stray-Pedersen and David Maiwald. A brilliant group of soloists consists of Birgitte Christensen, Adrian Angelico, Halvor F. Melien and the world-leading tenor Werner Güra, all under the direction of the exciting and versatile conductor Jérémie Rhorer.