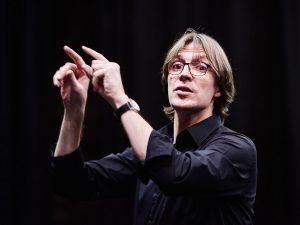 Veljo Tormis
- Tower Bell in My Village
- Curse Upon Iron

The EPCC takes part in an international choir festival Tenso Days, which is organised by Tenso Network of European professional choirs. Tenso Days is aimed at a large and general audience of music lovers – a showcase of the very best of chamber choir performances that illustrates Tenso’s ongoing commitment to new creation and the performance of contemporary choral works. This year at the festival the EPCC introduces music by the greates Estonian composers Arvo Pärt and Veljo Tormis.