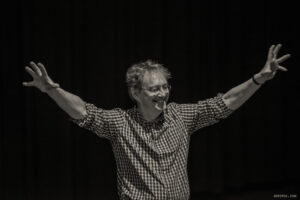 English conductor and musicologist Peter Phillips is the founder of The Tallis Scholars, a world-famous ensemble dedicated to early music. As the leader of a vocal ensemble that will soon turn 50, he will share his experience in the field of early music with the Estonian Philharmonic Chamber Choir and the audience in a program focusing on Renaissance vocal polyphony. It is in Renaissance polyphony that Arvo Pärt’s tintinnabuli work has its roots. This is how Peter Phillips brings this world of sound from a century ago to the audience with Pärt’s works, in which the technique of old masters is combined with a new aesthetic of sound.

The festival is produced by Nargenfestival