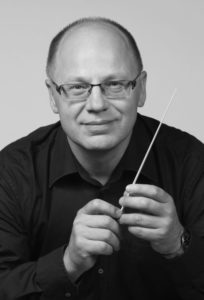 The theme of the concert – fire and energy – focuses on major natural and human disasters, and the work rescuers do. Arvo Volmer, who will once again become the principal conductor and artistic director of the Estonian National Opera from the 2019/2020 season, will conduct the performance. He has long been the principal conductor of ENSO, the Adelaide Symphony Orchestra, and the Haydn Orchestra in Italy.

As the main piece of the concert, Volmer chose Symphony No. 4 by Carl Nielsen, a Danish composer, saying that Nielsen’s symphonies are very close to him: ‘Their unexpected and adventurous treatment of harmony, combined with the vigorously rustic energy, has fascinated me and I would love to share my inspiration with both musicians and audiences.’ The work was inspired by World War I and completed in 1916. According to the composer, its title The Inextinguishable refers primarily to people’s inextinguishable will to live. The opening piece of the concert will be Fire Music by Brett Dean, who is one of Australia’s most renowned contemporary composers. Fire Music was inspired by the extensive forest fires in Australia in 2009. Volmer describes the emotional charge of Dean’s Fire Music as the opposite of Nielsen’s energy in life: ‘It is dangerous and materialistic energy. In the context of Australia, where fire is a part of nature’s process of recreation and often plays a destructive role for human activity, it has a very different meaning compared to our culture.’ Cantata misericordium by Benjamin Britten was written in 1963 for soloists, choir, and orchestra. It marks the 100th anniversary of the International Red Cross movement.

The concert is produced by the Estonian National Symphony Orchestra