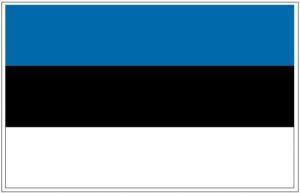 Directly from the parade to the concert hall: Estonian National Symphony Orchestra invites you to the gala concert celebrating the 100th anniversary of the Republic of Estonia.

The concert “Republic of Estonia 100” includes the premiere of the winning work from the march music competition dedicated to the centennial of the Republic of Estonia. “The march is a gift to Estonia,” says Viljo Vetik, board member of the Port Artur Grupp and instigator of the idea. “The new march could become a symbolic composition for Estonia to be played at the openings of festive events.”

In addition, the concert programme features significant works from among the best compositions in Estonian classical music, including the first symphonic work written by an Estonian composer (Julius Caesar Overture by Rudolf Tobias) and the most famous instrumental work Overture No. 2 by the popular composer Veljo Tormis, which was also the first piece by an Estonian composer to be performed at the prestigious international Warsaw Autumn Music Festival. The culmination of the concert will be Arvo Pärt’s enchanting Credo, which caused a huge scandal in its year of completion (1968).

ENSO will be conducted by its former principal conductor Arvo Volmer, who also conducted the orchestra shortly before Estonian Independence Day in the United States.

The concert is produced by: ERSO