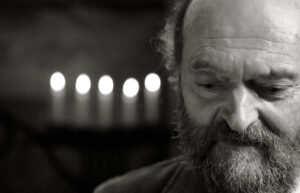 On 29 September the Estonian Philharmonic Chamber Choir (EPCC) and the Tallinn Chamber Orchestra (TCO) conducted by Tõnu Kaljuste will perform their programme of Arvo Pärt’s best creations at the newly opened concert hall of Viimsi Artium.

The concert programme has been performed at many prestigious venues throughout the world such as the famous Elbphilharmonie Hall in Hamburg, Muziekgebouw in Amsterdam, Carnegie Hall in New York, the new concert house of Philharmonie de Paris, the Main Concert Hall of John F. Kennedy Center for the Performing Arts in Washington, the Festival International Cervantino in Mexico and several prestigious concert halls in China among others. Yet the programme has been performed only a few times before in Estonia, and the Estonian concertgoers will have a rare chance to listen to Arvo Pärts creations from late 1970s representing his unique tintinnabuli style such as Cantus in Memory of Benjamin Britten and Fratres as well as one of the most outstanding works Adams Lament featuring violinist Harry Traksmann.