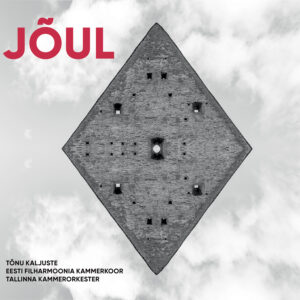 The Estonian composer Margo Kõlar has written the “Pirita Mass” originally as a monophony for services at the Pirita Convent in Tallinn. The piece, which mesmerises with its simple beauty, has given a new touch as a version for choir, organ and chamber orchestra. The mass is accompanied by evergreen Christmas carols.

The album JÕUL is recommended to listen at a very low volume.