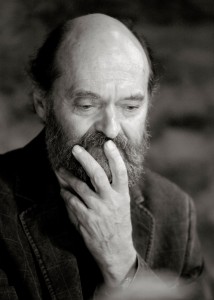 The first ever collaboration between the two prominent artists - Pärt and Wilson, binds the creative experience and understanding of the world of two world- renowned creators. The the emotional spectacle of sound and light is based on the Pärt’s most influential music: “Adam’s Lament”, “Tabula Rasa” and “Misere”, entwined with “Sequentiae” composed specifically for the production.

Robert Wilson, a master of modern theatrical language and one of the main founders of avant-garde theatre, has remained on top of the international scene since his breakout production of “Einstein on the Beach” (with Philip Glass, 1976). Wilson has been awarded, among others, with a Pulitzer, two Premio Ubus, a Golden Lion from the Venice Biennale, and an Olivier Award.

Wilson described the staging of the piece in August 2014: "In the process of staging the "Adam's Passion", I am mostly intrigued by lighting solution. Without light there is no space, therefore it is important to find a solution full of light. I hope we will be able to reach a state of released senses in order to welcome the flow of ideas suitable for enjoying Pärt's music."
www.robertwilson.com

The production of “Adam’s Passion” serves to celebrate Arvo Pärt’s 80th birthday – and the Year of Music in Estonia.